In this article, I'll show you how to built a Wireless Transfer of Energy Transmitter. Simply put, this device will send electricity to a florescent light bulb and light it up, from up to three feet. The idea originally (at least, prominently) came from Nikola Tesla (read more about this amazing inventor here), who used his Tesla coils to transfer wireless energy to light bulbs in demonstrations (photo below). However, the circuit described in this article consists of a flyback transformer, not a Tesla coil. They are similar in windings (large ratio between secondary and primary coils) and operation (both step-up voltage). However, Tesla coils have air-cores (no core) and flyback transformers have Ferrite cores. The components for this project can be extracted from most tube TVs. 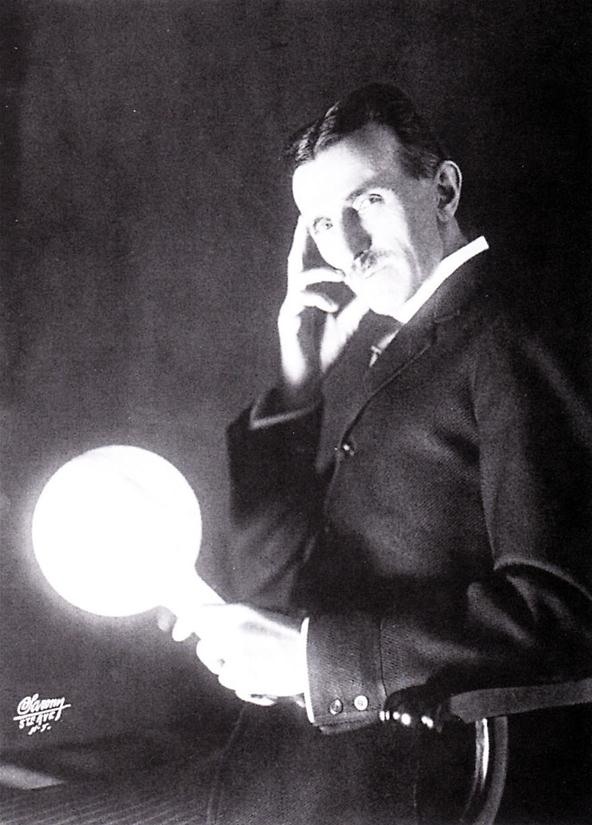 To build this device, you'll need: 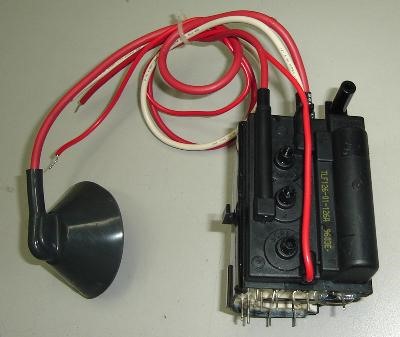 Now for the tricky part, identifying the pins. Set your voltmeter on "beep when shorted" and start testing the pins. Once your voltmeter beeps, check out the resistance. If it's around .6-1, you've found your primary coil. Solder two wires to those terminals and leave them lose for later on. You now need to wrap a feedback coil, which consists of about 6 turns of insulated wire on the outer ferrite core. Once finished, it should look something like this: 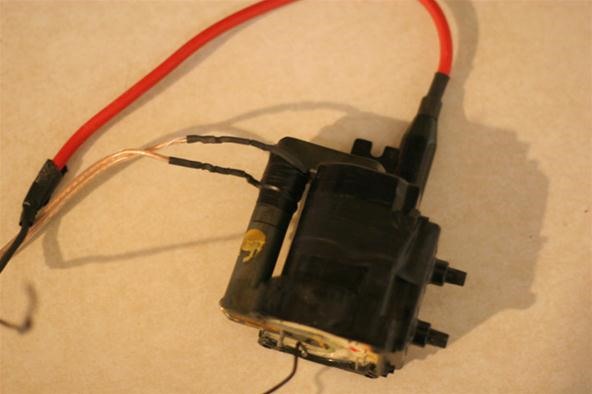 The circuit itself is quite simple. An NPN transistor switches the electricity through the primary coil, depending on the input from the feedback coil. Imagine turning on and off a light, depending on if the light is on or off. In other words, when the light is off, you turn it back on again, but when its on, you turn it off. This creates a fluctuating magnetic field, which in turn generates electricity in the secondary windings. To learn more about electromagnetism and transformers, check out Electromagnetic Weapons. To build the circuit, extract the NPN transistor from the TV circuit (it should be the largest one on the board—keep the heatsink it's attached too as well). To check and identify the pins, turn your voltmeter to the diode setting and follow these steps. Once you've identified the pins of the transistor, identify and desolder the 220 ohm resistor, and the 27 ohm resistor. Finally, build the circuit below: 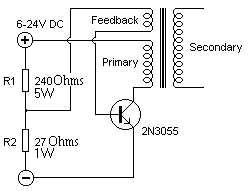 When finished, test it out CAREFULLY! The red wire should arc to a pin on the flyback transformer. This pin is the ground, note its location.

Take the copper wire and bend it into a large loop. This isn't critical—feel free too experiment with the shape of the antenna. Now, solder the red wire from the flyback transformer to the copper antenna. Mound the entire circuit, transformer and antenna on something (like a plank or box etc). Solder a long wire to the ground of the transformer (noted above) and attach that wire to a grounded conductor (like the ground on the average wall socket). Basically, the electricity travels from the transformer through the antenna, then out into the "air". In the dark, this will be seen as something called corona loss, a dark blue "haze" of sparks flying off the antenna (BE CAREFUL, these will shock you if you come to close). 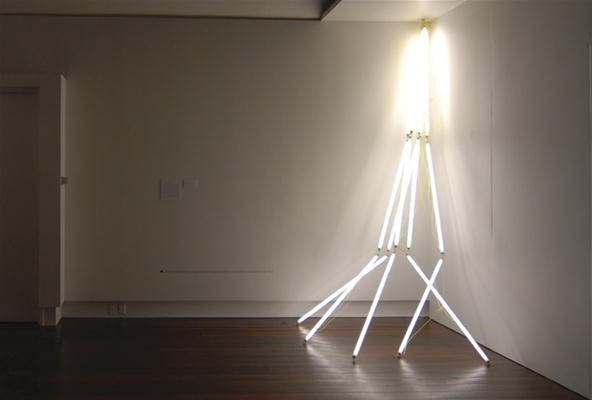 That's incredible. I don't see the wireless energy transmitter in the last photograph. Can it really transmit enough energy to power that many light bulbs?

not this device in particular (well it could, but not wirelessly), but a simple tesla coil would do the job nicely :)

Tesla was able to light up thousands of bulbs, many miles away using this.

what would you suggest as a power source? a battery or phone charger? how can you make this more powerful?

hmm, there are ways of making it more powerful, but it quickly becomes very dangerous/lethal to surrounding electronics. The flyback driver should easily run on a nine volt battery :)
Tesla Coils have the exact same effect on florescent bulbs, you could build one of those! Build a Simple Tesla Coil

do you have a picture of it finished?

also where is the ground on the transformer?

this is a process of trial and error, since it is different with every transformer. Once you have it powered up, CAREFULLY take the HV out and test to see which pin draws the biggest arc. that's your ground! and i do have a picture somewhere, ill link it here once i find it and upload it.

every flyback is different.... look at the bottom of the board it attached to. the pin that goes to the most outer edge that goes all around the entire PC board is most likely your ground wire......

Can you build a device for me? My guitar takes 9volts and the extra wire I have is cumbersome. Can you transmit 9 volts?? (like a battery)

It would be like a crystal radio, so yes.

exactly! Though usually you lose quality, range and are subject to interference.

Hey...dude...can we make such antennas or trans receiving system in which we can transmit the electricity to 2 to 3 hundred meters at least, using this principle??? That may reduce the use of electric cables...

yea dude you can! only problem is that the current type of high power transmission lines are linked to cancer. proven fact it causes cancer for folks that work or live super close to the super high power lines.

the voltage you talking about far exceeds that amount......
So, dude, yea you can, but is your brain important to you?

Thanks alot for this useful article ...

or even just connect the receiving coil to multimeter to measure transferred power volt ??

or this circuit is just useful for this kind of light work ??

your average multimeter is not designed to read tens of thousands or more volts. get a probe type meter that is made for it. heath kit made one that you should find cheaply on the common auction sites.

adding a coil may not increase much. not enough current. and keep in mind that this works great with floresent lights, not incadecent.

The circuit has many possiblities though.... you can do slight modifications for different projects. just be save and understand that this type of voltage does kill people.....not always, but it does....

the CRT holds the charge, not the flyback transformer.

if you touch the hole on the tube where the flyback red wire went, it could send you across the room against your will! use caution.

this is 10 to 40 thousand volts depending on size of the tube, and it bites like a wild beast, and has taken many lives over the years.

what about this power Innovator that Dr Richard Goran is trying to sale on the internet for 49 dollars that can be installed in your home ? Is this the same thing he's trying to sale and where would you install it at in your house to be safe ?

I am trying to visualize the circuit. Where is the 24VDC coming from? How are you generating a voltage at the secondary with DC? Thanks