In this article, I'll show you how to make a high-powered, long-range, air-powered rocket gun. This launcher is based on a sprinkler valve, a modified propane tank, and a few other components. Though not hard to make, this device is VERY dangerous! The rocket can seriously harm, if not kill any living thing it's shot at. Here's a video of it in action, quite an accurate shot by my friend Chris...

MAKE SURE IT'S EMPTY!! Place the tank in the benchtop vice and drill through the top valve using a 3/8" bit. Empty the metal shavings out of the tank. 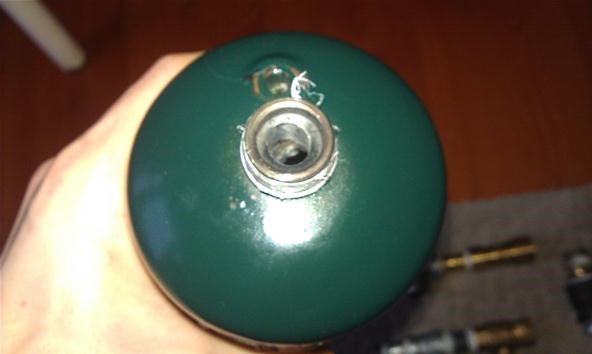 Insert the metal tube (barrel, part #2) into the hose-to-thread adapter (#3), making sure it goes all the way through and about 3/4" sticks out. Wrap with rubber tape as seen in this photo: 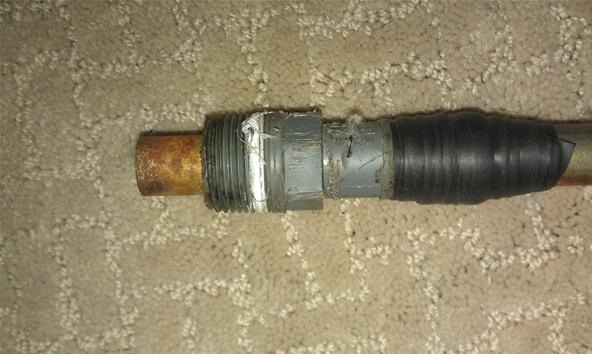 First, remove the electronic valve (it should simply unscrew and have wires coming out of it).

Now, fully fill the hole left over with hot glue (see photo below). Finally, drill a 1/8" hole about 1/16" inward from the hot-glued hole. MAKE SURE you do NOT go in roughly with the drill, otherwise you will damage the rubber valve. 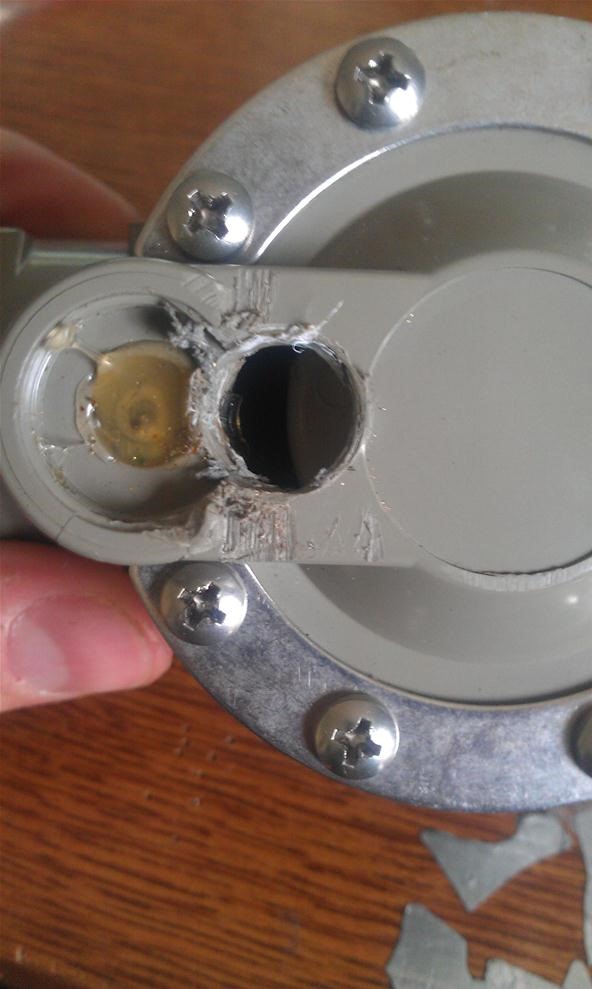 Now, take the 1/8" male thread connector and screw it into your air valve, like so: 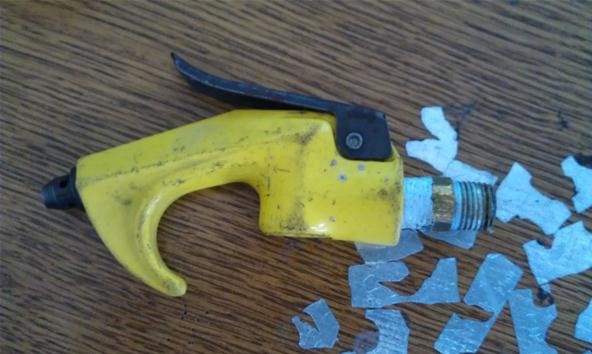 Screw the entire assembly into the hole you drilled. Do it as carefully as possible, since you are tapping the hole with the threads, i.e. making new threads. 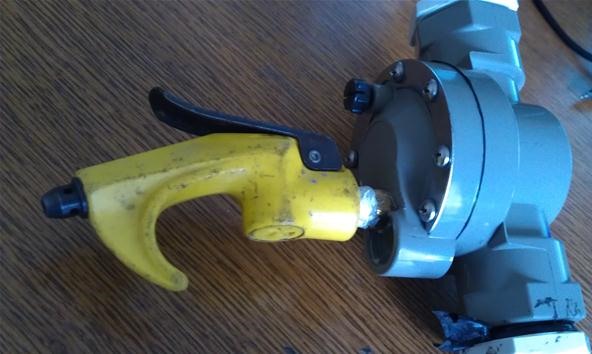 Screw both 3/4" female thread to 1" male thread connectors onto the valve assembly (I had already done so in the photos above): 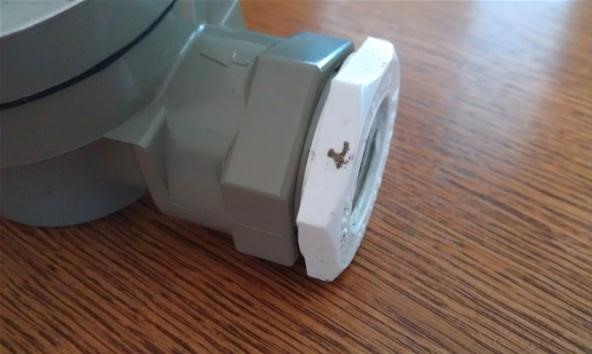 Screw on the modded propane tank, air compressor attachment, tee valve and other connectors like so: 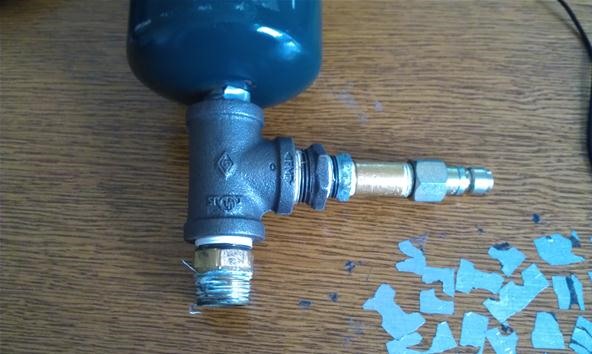 Finally, screw the barrel onto one end of the sprinkler valve, and the rest of the assembly onto the other: 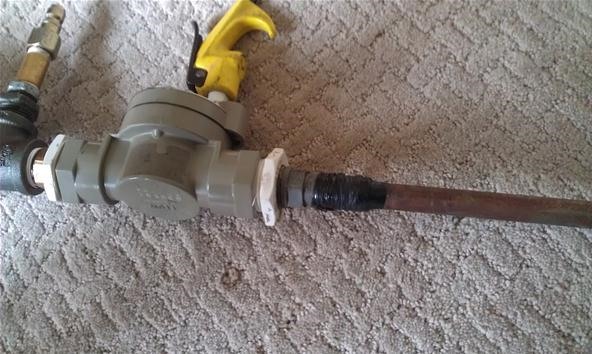 The rocket can really be any size/look you like, but there are certain key concepts and structural values to keep in mind. The top of the rocket should ALWAYS be heavier than the end, and if you want your rocket going straight, ensure there are fins attached about half an inch up from the bottom end of the rocket. 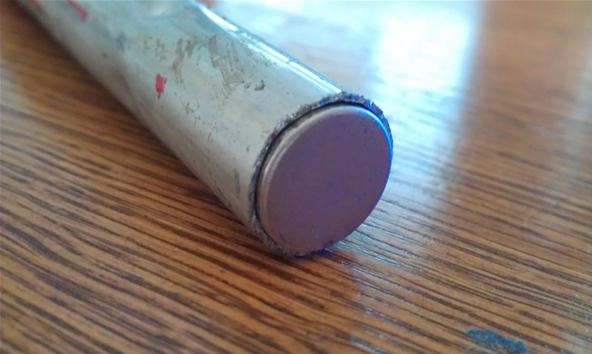 Now, tape it securely into and onto the pipe itself: 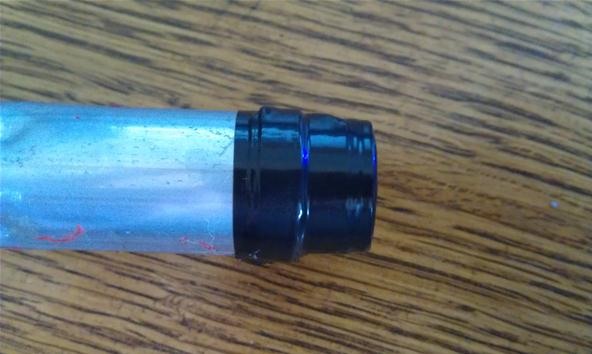 For the fins, I used some cardboard taped onto the bottom of the rocket piping: 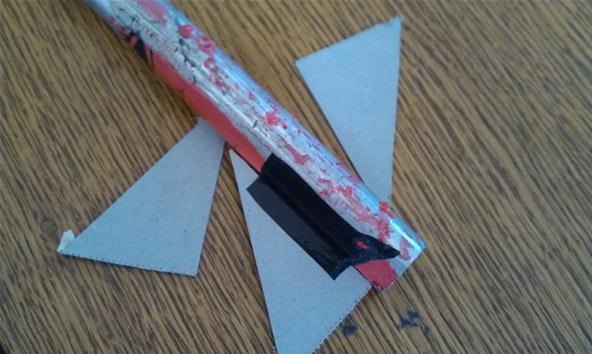 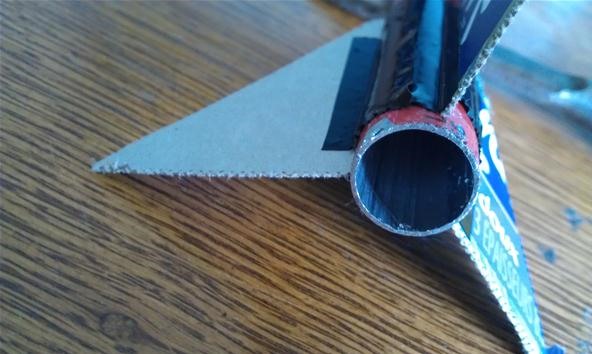 To fire, simply pressurize and release the valve! In my case, the valve formed a nice trigger/handle, like a real RPG launcher! Styrofoam makes a great target to shoot at. I've managed to launch a rocket up to 500 feet, with fair accuracy.

Be sure to post photos/videos of your variations on the corkboard :)

Check out my other piston valve air gun article!